This post may contain Amazon, Rewardstyle, and other affiliate links. That means if you click and buy, I may receive a small commission (at zero cost to you). Please see my full disclosure policy for details.

A few weeks back we had our gender reveal party and we found out that baby no. 3 is a BOY! We had so such a blast finding out the gender so I wanted to share the fun way we found out the exciting news with Confetti Cannon Roulette.

If you’re curious (or in a hurry):

✅ This best selling game is the one we played

It’s a suspenseful game and one of the cheapest you’ll find.

We had SO much fun finding out the gender of baby no. 3! With our first baby we just found out in the Drs. office and with our second we did a gender reveal cake. This time I knew I wanted to do something a little more suspenseful and that’s when we decided to do Confetti Cannon Roulette. 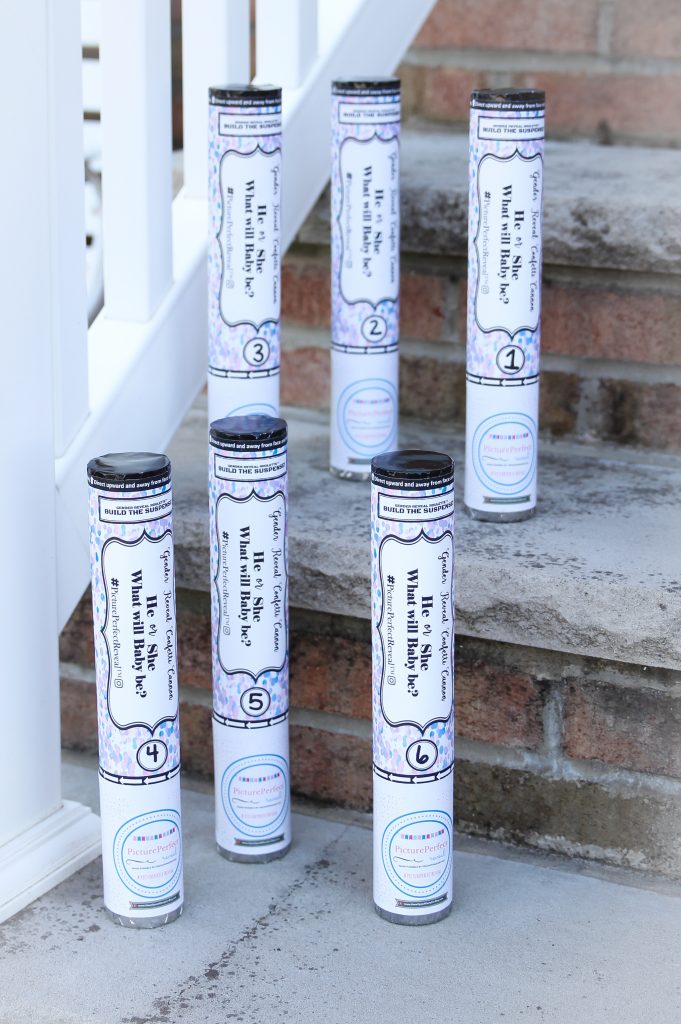 How Does a Gender Reveal Party Work?

How does a gender reveal party work? Generally, the parents to be and their family/friends get together and play some sort of game in which the gender of their new baby is revealed.

Sometimes a cake is cut, sometimes balloons are let out of a box, and other times it’s a bit more suspenseful, like confetti cannon roulette.

Luckily, our blue cannon didn’t pop until cannon number 4, so it was very suspenseful. We let the kids roll the dice and we popped the cannons! It was really such a fun moment seeing all the blue confetti in the air.

*Since we didn’t want to know the sex of the baby ahead of time we gave our envelope with the gender to my sister and my sister ordered the cannons. 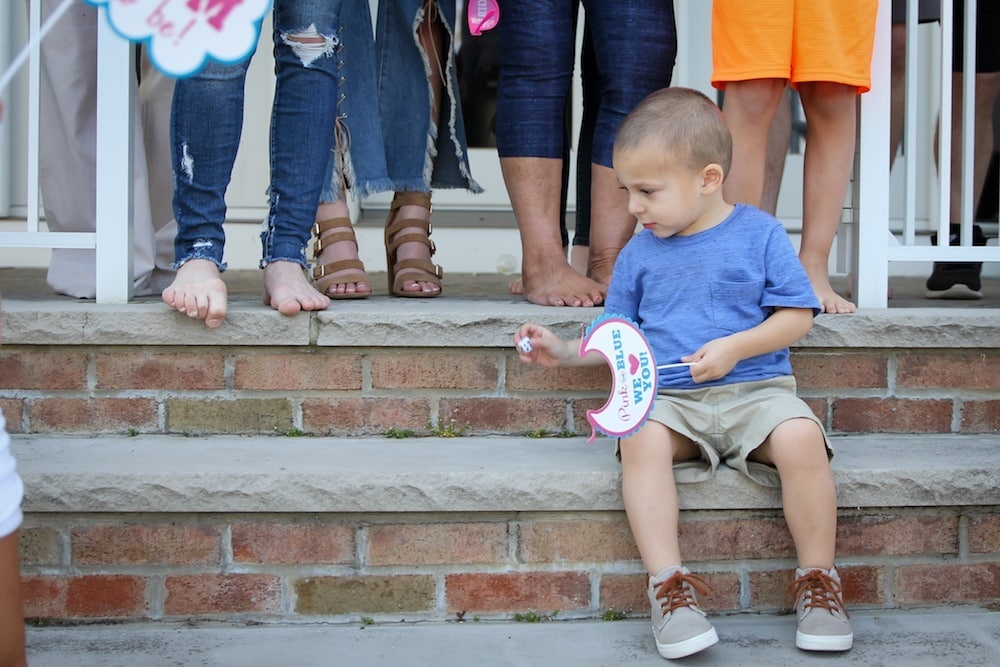 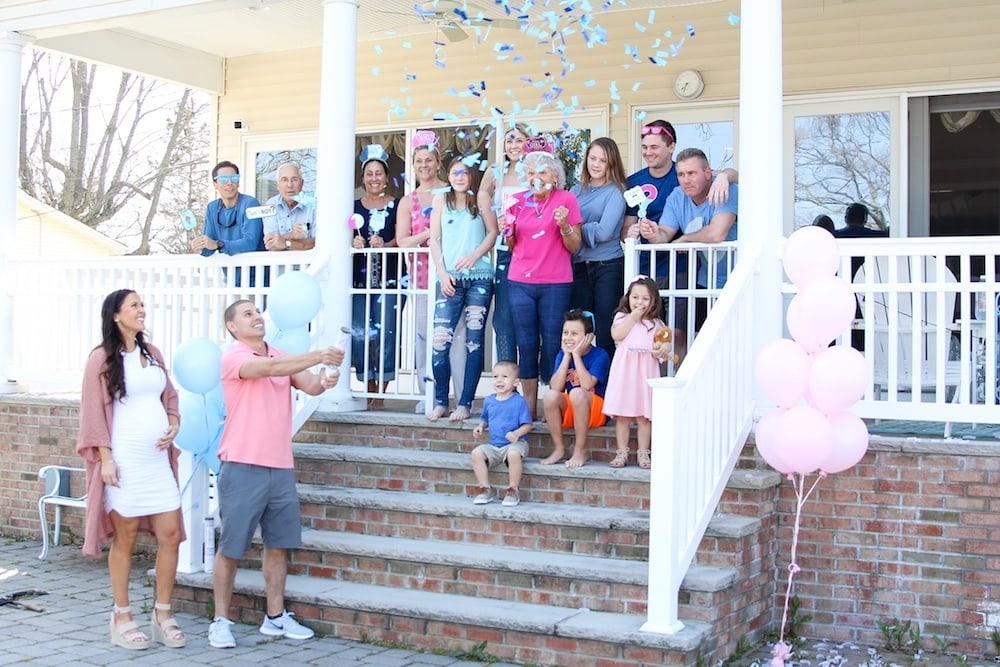 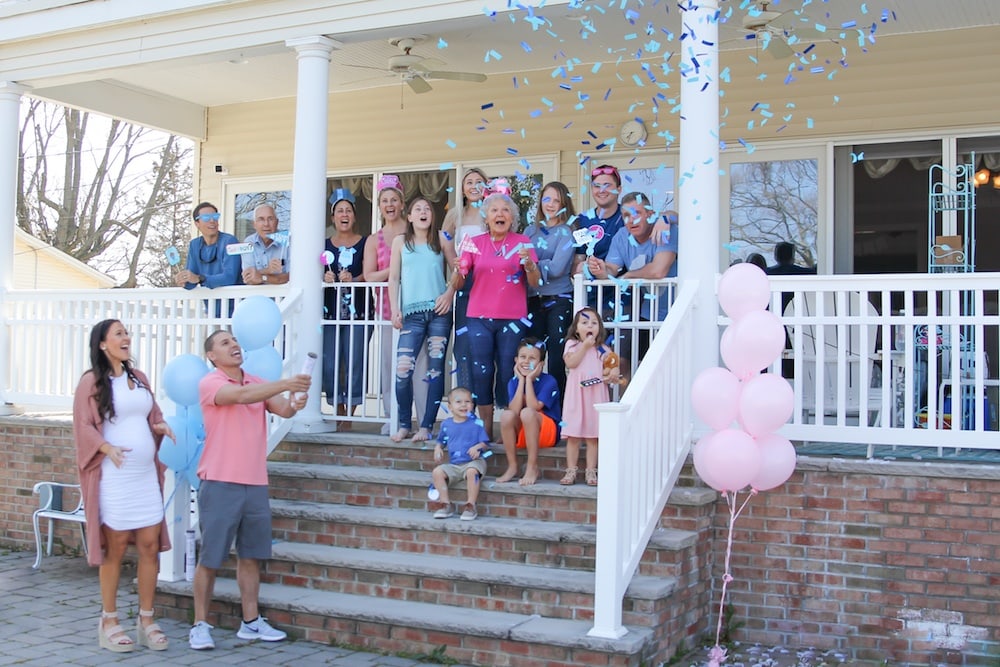 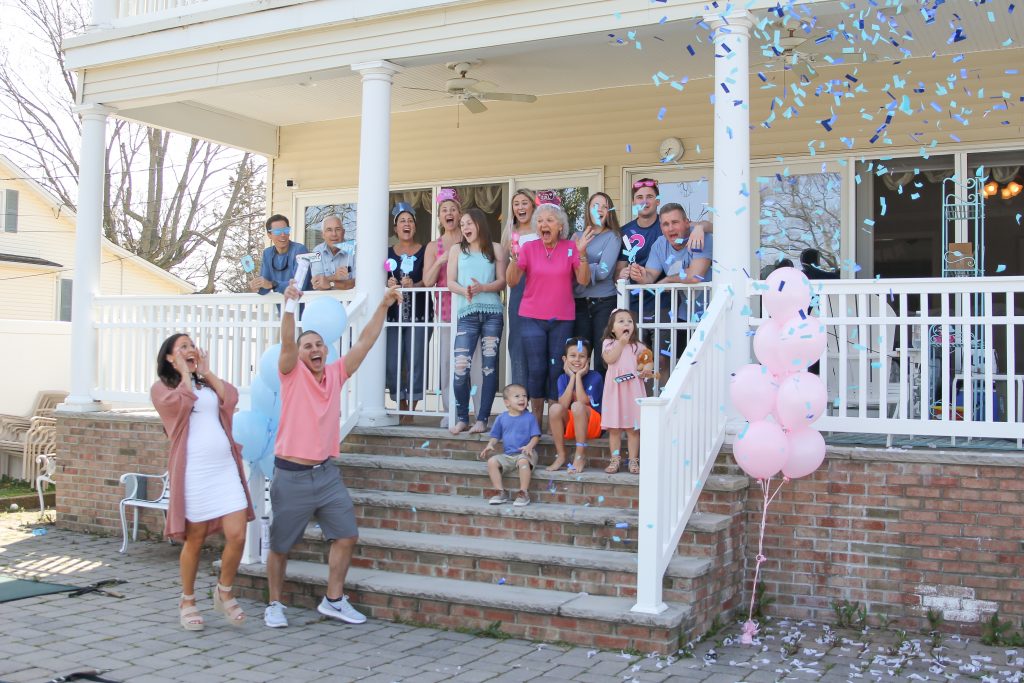 Best Ways To Do A Gender Reveal Party

I’m so glad we decided to do our gender reveal this way. It was a great way to find out with our family and it was even fun for the kids. If you’re looking for a fun way to do a gender reveal I highly suggest this game. However, if this isn’t your style, there are TONS of other ways to find out.

Here are just some the other most popular gender reveal ideas on Etsy:

Best Places To Do a Gender Reveal Party

You can have your party anywhere that works for you, keeping a few things in mind. If you’re just having a few friends and family members get together to cut a cake and your space is big enough, save some money and have it at home.

If you’re letting balloons loose and you have a nice yard, use that or hit up a nice park or the beach.

As long as you have enough space to hold your guests and an appropriate area to do your reveal, you can host your party wherever you like!

Why Have a Gender Reveal Party?

A gender reveal party is just a really fun way to find out the gender of your newest arrival. Obviously, if you want to be surprised than this isn’t something you would do.

For many, knowing the gender of their baby and being able to plan ahead is a lot of fun. I always enjoyed planning for our newest arrival. It also relieved me of stress knowing I could have things ready for when he/she got here.

When To Throw A Gender Reveal Party

This is 100% up to you! I prefer to do things a bit ahead of schedule so we did ours as soon as possible. Most times the gender is available at your 20 week Dr. appt.). However, depending on your situation, a blood test may allow you to know the gender as soon as 14 weeks.

If you are healthy and under 35 years old, you likely will not have the opportunity to find out the gender of your baby until weeks 18-21. However, if you are over 35 or have health issues, you have a greater chance of finding out sooner due to other testing that needs to be done. 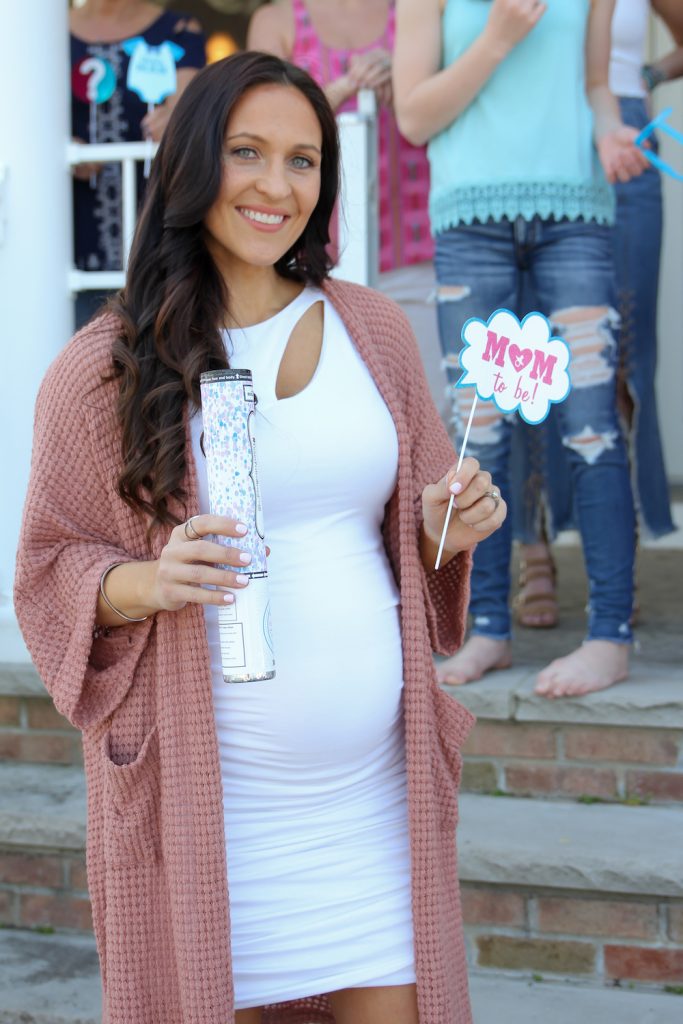 There are tons of places that carry gender reveal party supplies. Here are the top choices with the most variety and options:

Amazon – From gender reveal ideas to gender reveal decorations and party supplies, Amazon has you covered. If you’re anxious to get your party in as soon as possible be sure to check out the items that are prime.

Etsy – Etsy is known for being the best place to find unique and creative handmade gifts and supplies. This is where I found the confetti cannon roulette and we were so happy with it.

Who Throws A Gender Reveal Party?

Generally, the parents-to-be or grandparents-to-be will set up/host a gender reveal party. However, ANYONE can host a party. It just depends on the preference of the parents to be. If they don’t care how or when the party takes place than anything works!

Should You Have A Gender Reveal Party?

Having a gender reveal party is 100% up to you as the parents.

Is A Gender Reveal Party Tacky?

I find gender reveal parties to be fun and just another exciting way to welcome a baby into your life. If you’re concerned that people might find it tacky, don’t feel the need to invite them! You don’t have to throw a massive party. Having a get together with the grandparents-to-be can be just as fun. It’s up to you who you decide to invite.

However, if you feel like it’s tacky because you think people will feel expected to bring a gift, let’s chat about that…

Should You Bring A Gift To A Gender Reveal Party?

Personally, I don’t think a gender reveal party is a party meant for gifts. I look at it as more of a casual gathering to have those closest to you find out the gender of your newest arrival.

A baby shower is for gifts. A birthday party is for gifts. Getting together to learn the gender of your new baby is just for fun. But again, this is a personal opinion.

If you feel the same, I would suggest writing on your invitations or in your e-vite something along the lines of “We just want to celebrate with you, please no gifts!” so that it doesn’t leave people questioning what to do.

Generally, when people are unsure if they should bring something, they end up buying a gift. Most people feel uncomfortable showing up empty handed.

Lets Not Forget The Siblings

Confetti Cannon Roulette was also a great way to get our babies older siblings involved in the fun. Often times older kids feel left out or like they are being forgotten when a new baby is on the way. This was a game where they were able to take part and play!

We had both our son and daughter roll the dice and help shoot cannons. It was fun for them and it made them feel like they were special, too. 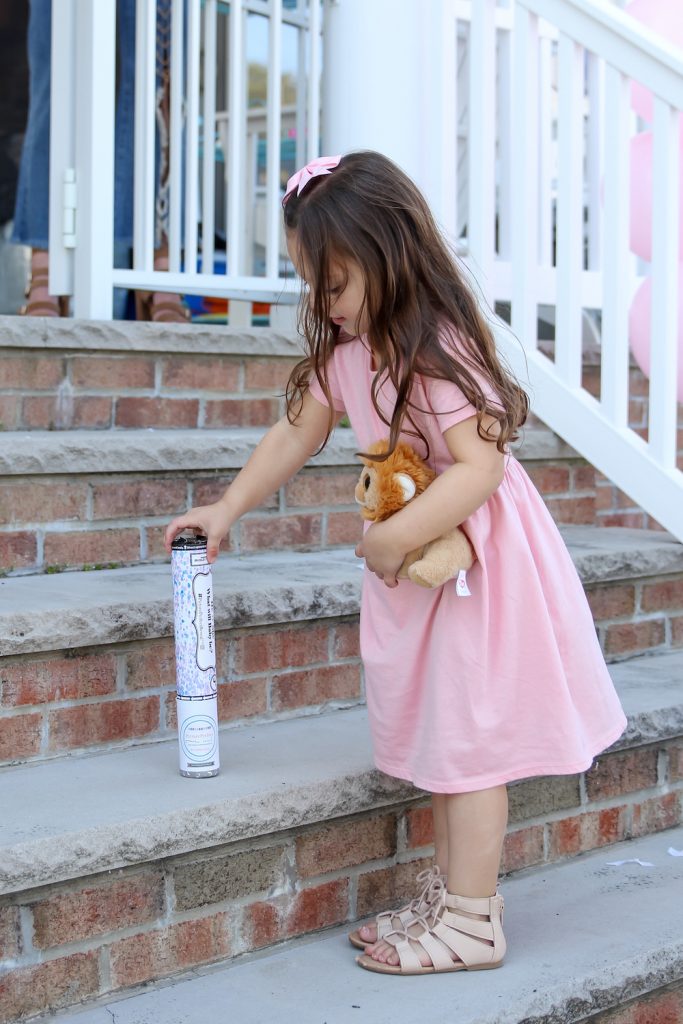 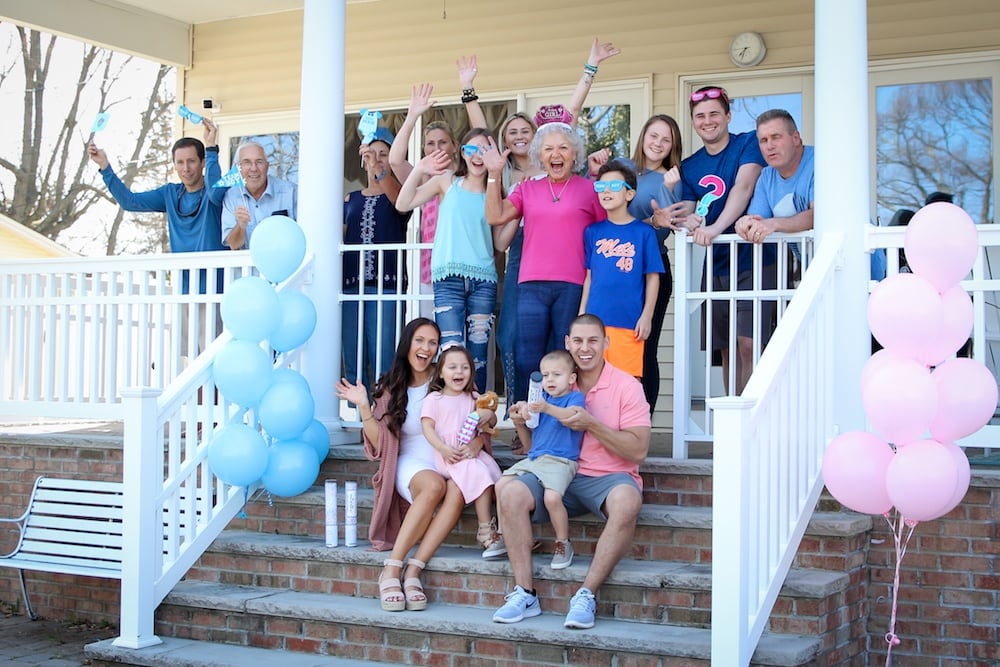 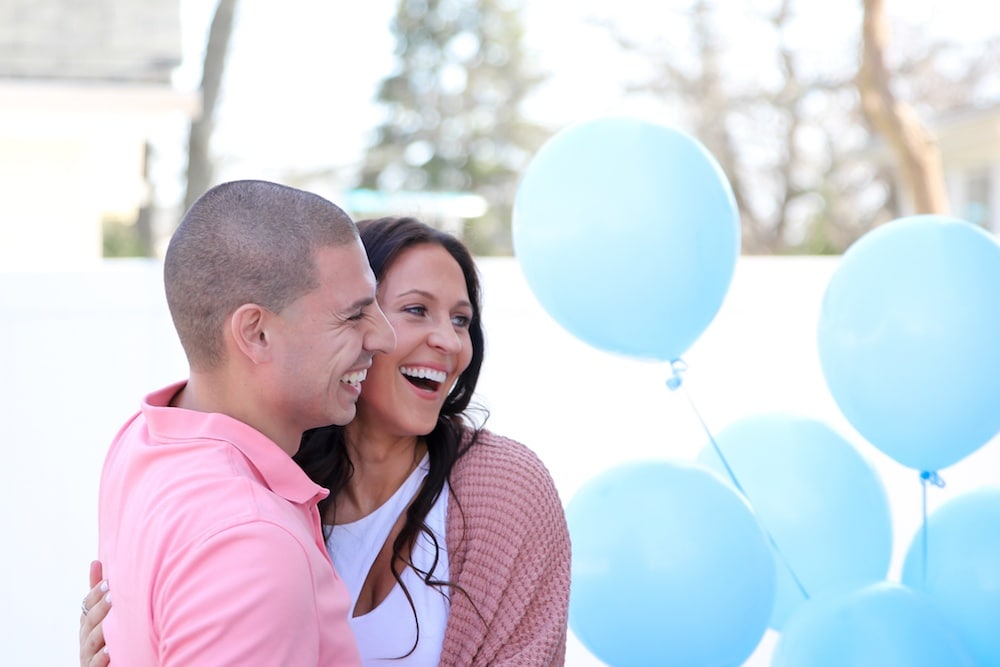 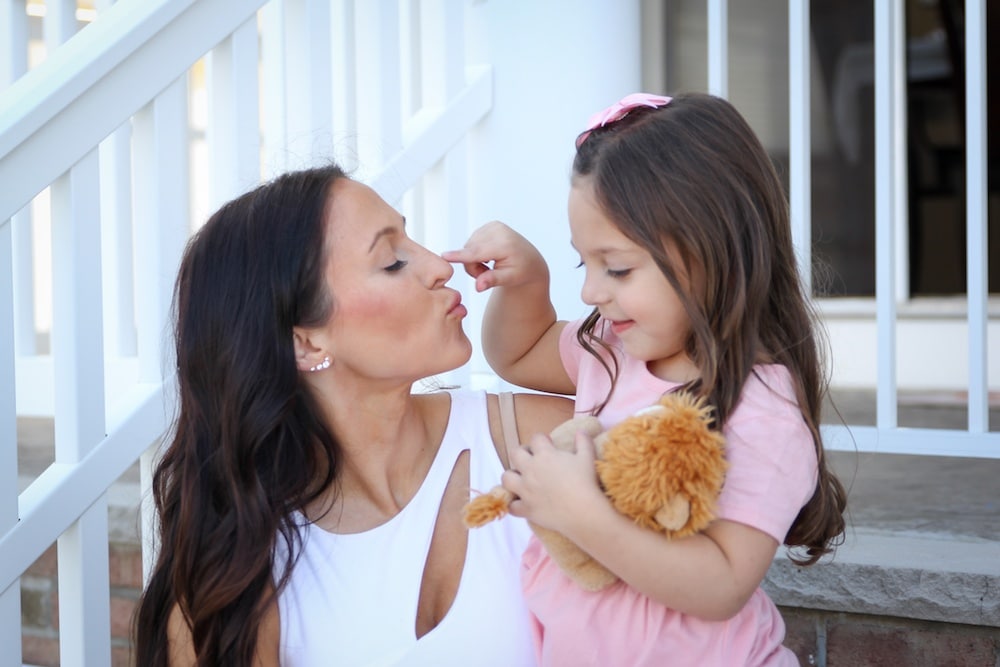 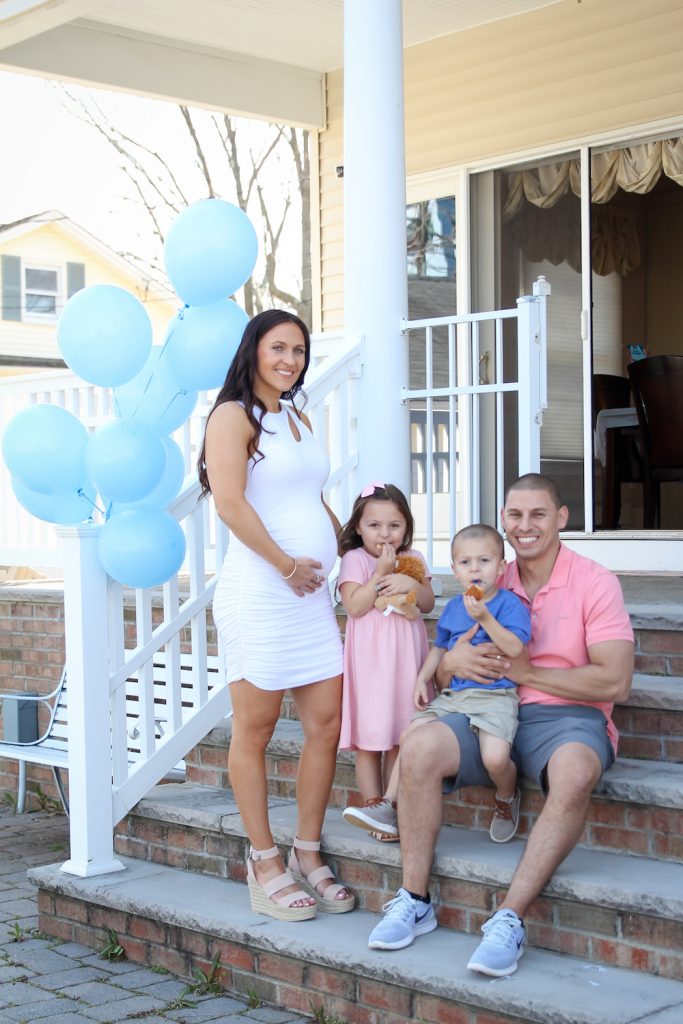 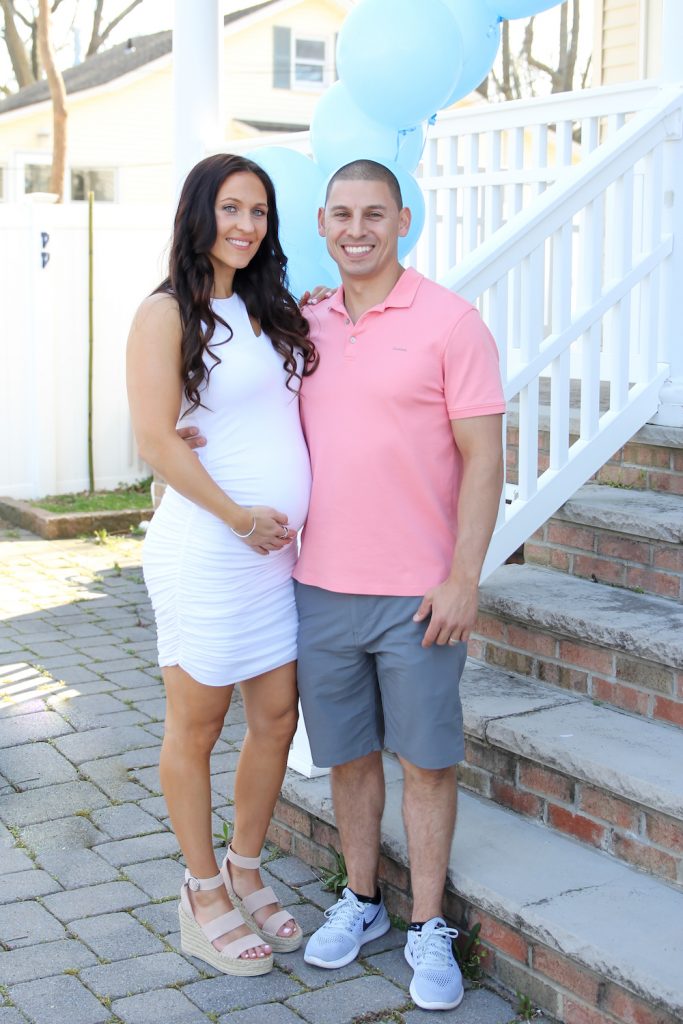 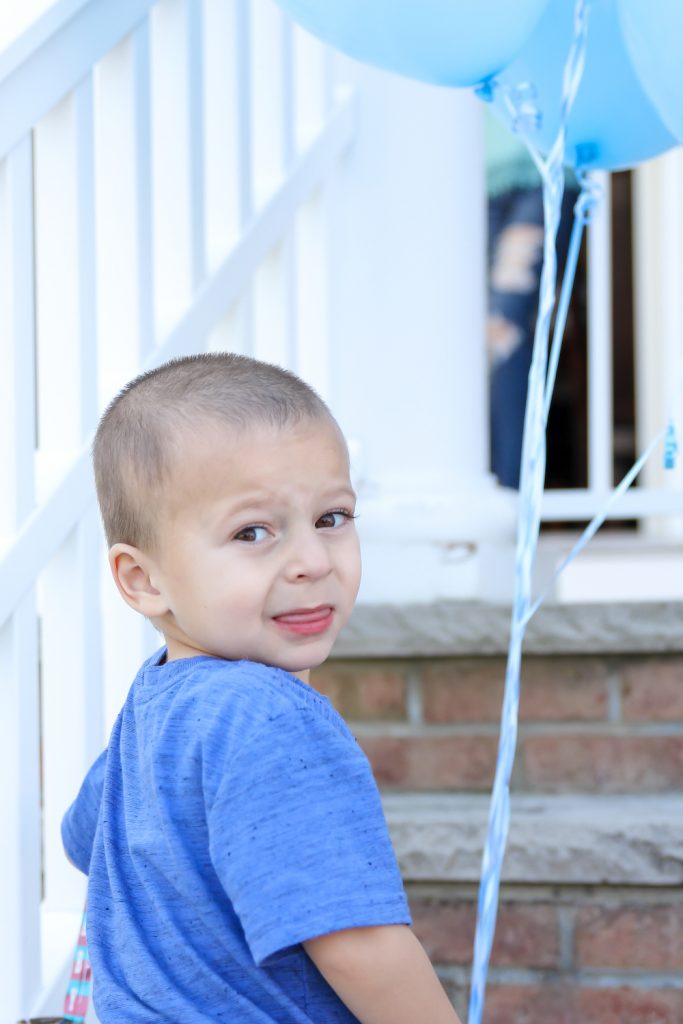 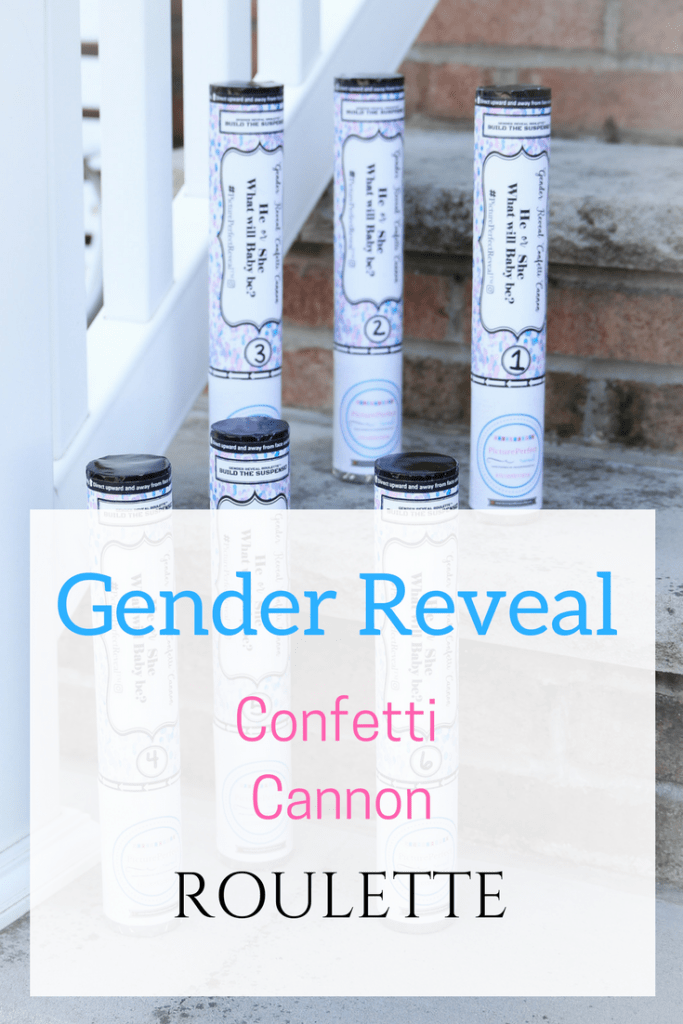 We received our Gender Reveal Roulette from Emily at OnceUponAPartyCo and she was absolutely lovely to work with! We received our cannons super fast and everything was exactly as promised. 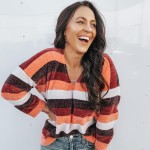 Lauren is a wife, mom of 3, and personal trainer with a passion for fitness, fashion, and blogging. She shares affordable fashion finds, fitness tips, and helps you learn how to make money with YOUR blog!

Fit Mommy In Heels/Lauren Imbriaco is a participant in the Amazon Services LLC Associates Program, an affiliate advertising program designed to provide a means for sites to earn advertising fees by advertising and linking to Amazon.com.